I’ve had a busy few weeks with lots of autumnal family shoots interspersed with a variety of commercial work. I was delighted to be commisioned recently to photograph a production at the Riverhead Theatre in Louth. I know the theatre well as I have been on stage there myself several times, but on this occasion Traum Theatre company had asked if I would capture their performance of Penguinpig – The Play.

This production was based on the best-selling children’s book Penguinpig, written by local author Stuart Spendlow, and beautifully illustrated by Amy Bradley. The charming and fun story follows Phoebe and her adventures when searching for a penguinpig, and gently warns children of the dangers of the internet. The colourful characters in the book were beautifully transformed into puppets for the production, which will be touring next year. Directed by Jane Crawshaw, Helen Crevel and Marie Fortune gave a delightful performance which was thoroughly enjoyed by the packed audience. As Stuart and Amy were also watching that day, the theatregoers were able to buy signed copies of the book after the show. Many congratulations to Traum theatre for an excellent production and very best wishes for the forthcoming tour! 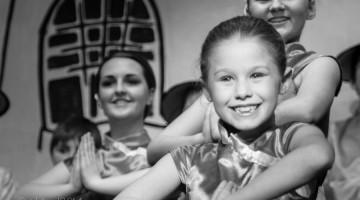 One of the main consistencies of amateur theatre is pantomime. It arrives every year,  full of colour and sparkle, and…

I’ve had a busy few weeks with lots of autumnal family shoots interspersed with a variety of commercial work. I…